It’s been awhile since I’ve posted the first recommendation in Readaholic… Thus, enjoy the world of prototyping and creating some clothing based on wirez, fabric and electricity with the help of free e-book Open softwear – fashionable prototyping and wearable computing using the Arduino. 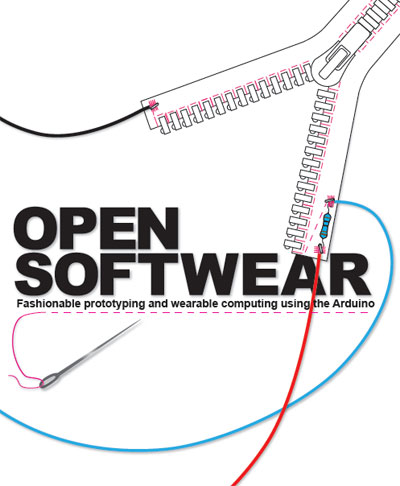 The book ‘Open softwear’ was written during 2008 by Tony Olsson, David Gaetano, Jonas Odhner, Samson Wiklund and published under the Creative Commons license. Under the same rulez Arduino software is an open source piece of software- intended for most spread platforms: Windows, Mac OS and Linux.

It was inspired by two books: Brian Evans booklet Arduino programming notebook (2007) and Getting Started with Arduino (2008) by Massimo Banzi. 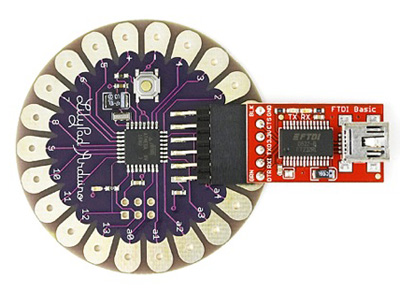 The book is written with having primarily practice in mind, guiding you step by step through the process of work by avoiding strict technological language, thus making it pretty approachable for beginners in the field of wearable technology. 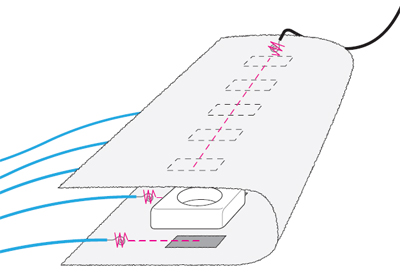 As Tony Olsson explains it in the preface ‘Arduino has been a active part of the curriculum in Fashion, body and technology, Light Installation and in the Interaction programs at both bachelors and masters level, since 2005. The goal with Arduino was to create a prototyping platform for designers to be able to realize there ideas by them selfs. And the openness in the Arduinos own design means that anyone is free to make modification to both the hardware and software or even produce and sell the actual boards. This in turn means that the price of the Arduino is available at a very affordable level since anyone is allowed to compete in the manufacturing.’

‘The price in turn is also one of the main reasons to large number of users and its these users that is the Arduino community. This is a community that share a common love for prototyping and share the Arduinos philosophy of openness which not only means that there is a lot of information and help to be found. It also means that Arduino community also is one of the most current and rapid in pushing the evolution of prototyping forward. With this in mid the question has never been to move away from the Arduino when approaching the field of fashion and technology but rather how can we approach the field in a “softer way” using the Arduino.’

p.s. Above mentioned Brian Evans booklet Arduino programming notebook is also free for download… check above…
p.s.1.  since recent I’m hooked up practically on messin’ up my apartment with wirez, fabric and electricity, therefore I started to collect interesting links and news from wearable technology field… actually, it’s a group on Friendfeed service: friendfeed.com/wearable-technology… maybe you will find something interesting…