Lavanderman is an authentic Croatian comic book hero created by Vanco Rebac and Toni Faver. And what makes Lavanderman different from all other heroes, my friendz? Well, Superman, Silver Surfer, Batman, Spiderman and the rest of ‘super hero crew’ scattered around the space are his cousins and relatives abroad… 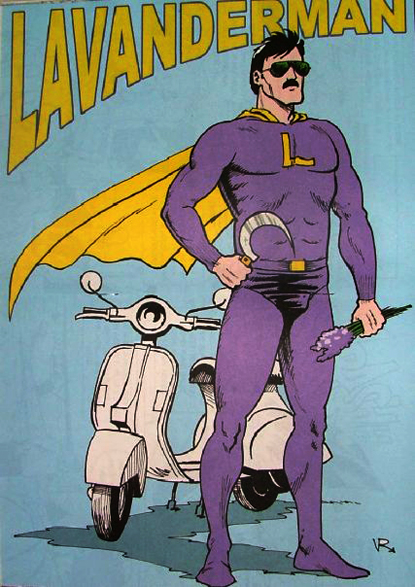 So, still wanna hear the story of Lavanderman?! Okay then, but I’m gonna tell this only cuz you asked for it, right?

Lavanderman is a super hero who lives in Jelsa which is located on the island of Hvar in the Adriatic Sea. Lavanderman, by his real name Boris Buncuga, is a typical local ladies man and a prankster ‘living’ the whole of his life practically in one region around the Mediterranean city of Split, after few attempts to live abroad. He speaks English, Croatian local Dalmatian accent and seduces, oops… ‘saves’ during the summer German, Slovenian, Italian and Czech female tourists. 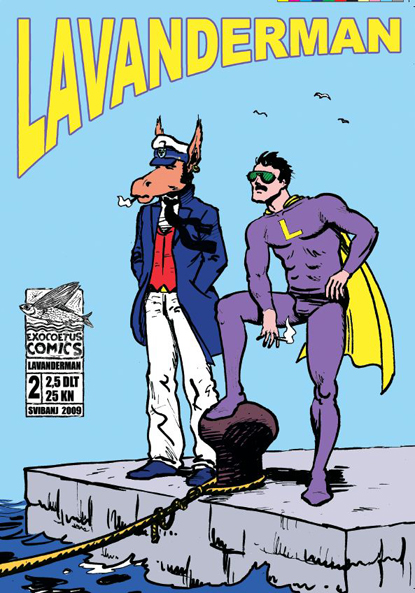 Emerged in local myths, he devotedly helps his neighborhood while struggling with evil enemies: octopus, mosquitoes and so.  As you can see, his life is a constant adventure of a typical super hero. 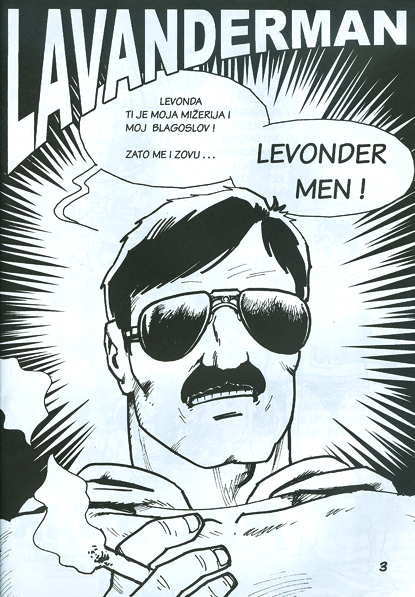 So, how on Earth did a local idler become a super hero?! Well, Hvar is an isle well known for a premium quality lavender and our Boris Buncuga has suffered from an accident at the local small factory (more likely to be a small garage) for processing lavender. As a consequence of this accident (an explosion in the factory hall) he has acquired certain characteristics of chemical elements and substances from the plant, especially its intensive and nice smell. 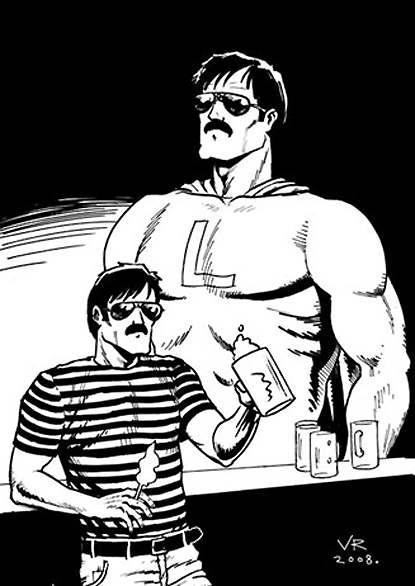 After this, Boris Buncuga had never again been the same man. Instead to live an anonymous life of an ordinary guy, he became a local super hero, circling on his super power vehicle – white scooter (Vespa), through the whole island from one spot to the other in order to help with his smell and strong muscle strength. 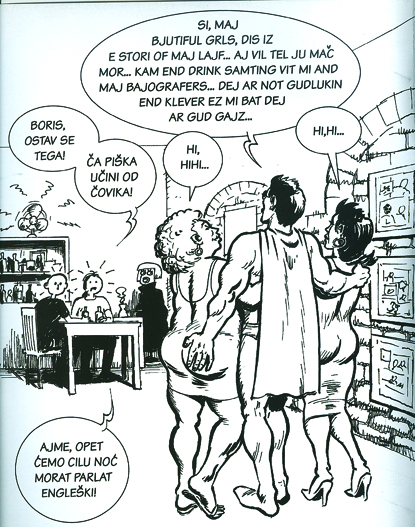 Like all members of his respectful super hero family, Lavanderman has a unique costume. Of course, no doubt, distinctive and iconic: a purple costume with yellow cape and a simple ‘L’ letter (not Helvetica!) on his chest. 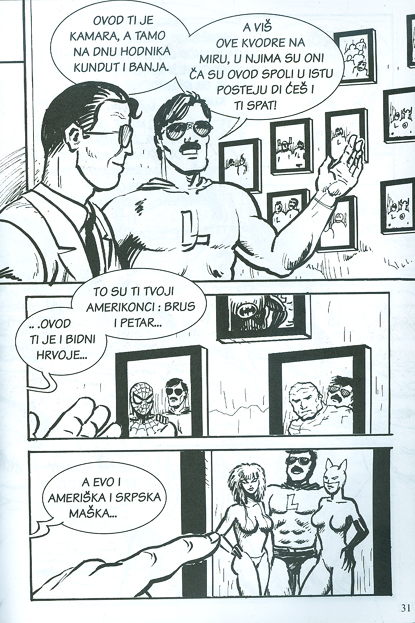 Clark Kent aka Superman visiting on holidays his cousin Lavanderman

It’s very interesting to mark that since he became a super powered man, he isn’t able to leave his native island. Lavanderman isn’t concerned about that, that’s for sure, ‘cause all the world is coming to his island during the summer.’

Although locally based comic, it’s a remarkable story and idea, because of its plot and initial idea that reminded me on Italian and Czech cinematography. By covering topics we find funny or embarrassing in our cultural tradition, great humorous stories and new interpretations will arise on the horizons of ethnographic lucidity.

Vanco Rebac (1977) is a cartoonist and visual artist from Hvar. He holds MA in painting from the Academy of Fine Art in Zagreb (Croatia). He’s been into comics from his childhood. His works have been exhibited at many group exhibitions and comic book conventions. Rebac was presented in 2008 at the 13th Biennale of Young Artists from Europe and Mediterranean (BJCEM) in Bari. 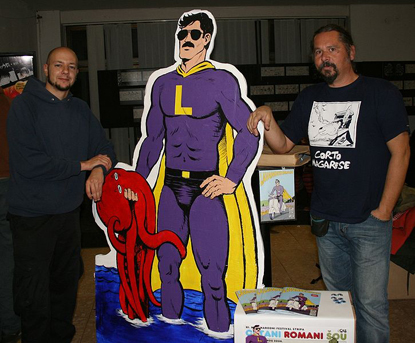 Toni Faver is a pseudonym of Toni Bobanovic, screenwriter and the owner of the free spirit bar & art gallery ‘Dalmacijaland‘ in Jelsa on the island of Hvar. With his unique bar activities he’s trying to present domestic culture to international tourists in a rather original way, and one of them is Lavanderman.