Be super fast to check this documentary by Bob Compton online… nice one and well known for picturing education system in Finland, which is considered to be the best world wide…

Barcelona is in the spot – Silja Puranen is mastering with her textile art. From 18th March till 20th April, at La Galeria, you can see witty but sever perspectives on human relations of this extraordinary Finnish artist.

She’s attracting and attacking at the same time, enjoy it! Stay tuned, hopefully she’s coming at Body Pixel for a chat on world in-wrought in her textile art!

END_OF_DOCUMENT_TOKEN_TO_BE_REPLACED

I’m presenting you Silja Puranen‘s ‘Tatoos’, produced at the Balkan Fiber Art workshop. The idea of her artwork was the contrast of reality and dream, of our own everyday skin and the imagined one, the skin of celebrities seen on TV and in magazines. She used secondhand clothes as the metaphor of unglamorous life and then applied parts of human body tattooed with desired pattern that symbolizes the splendor of star’s life.

END_OF_DOCUMENT_TOKEN_TO_BE_REPLACED

Balkan Fibre Art was the name of the contemporary textile art colony, held in Atelje 61 Gallery in Novi Sad, Serbia, from 12 till 22 September, which thrilled me in more than one way. It was my first art colony that resulted with my first group exhibition; second, I met there some really great female artists.

Silja Puranen from Finland being my contemporary art goddess! Here she comes! 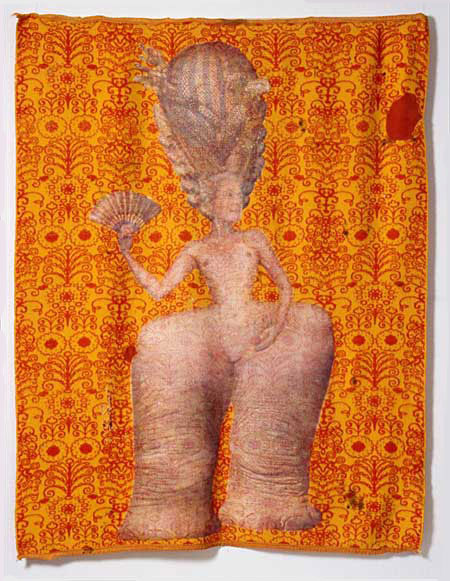 S. Puranen: I Could Have Danced All Night END_OF_DOCUMENT_TOKEN_TO_BE_REPLACED