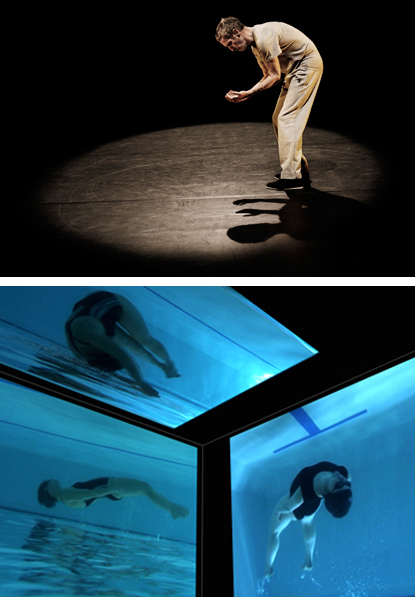 Photo above: Steve Paxton in The Beast taken by Julieta Cervantes (c)
Photo bellow: from MFS as base for improvisation – water

END_OF_DOCUMENT_TOKEN_TO_BE_REPLACED

After I was knocked down last week with crocheted wearable  installations by Agata Olek, I had really a strong desire to post here gallery with stunning neo-baroque artworkz by fabric sculptor, dancer and performance artist Nick Cave… and here they are… 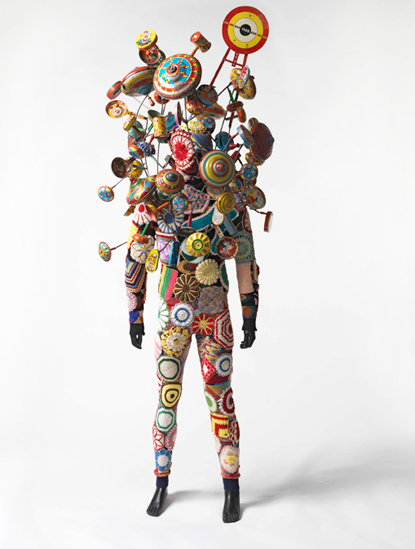 END_OF_DOCUMENT_TOKEN_TO_BE_REPLACED

Reading a graphic novel could be more demanding then reading an ordinary book, to be honest… because you have to concentrate on both, words and images at the same time.

Basically, many people think that words jointly with drawings can not be taken serious. Well, that is what I call a complete quasi intellectual understanding of the media.

While surfing on the net last night, I’ve come across to very interesting dance project which has happened in November 2007 in Vancouver entitled ‘Manga’; ‘inspired by the continuous movement as well as the stillness seen in these simple, yet intense and expressive, drawings’ as somebody said at artword.net.

A 60-minute duet was choreographed by the ex-Ballet National de Marseille dancer Serge Bennathan, who is lately known also as a theatre director of his own company Les Productions Figlio and a children book author. In 2002 he was also a member of the artistic team with the brilliant film director Atom Egoyan working on the Canadian Opera Company’s production of ‘Salome’. He has won the Dora Mavor Moore Award for Outstanding New Choreography in 2003 for The Satie Project, and this year he is also one of the nominees.

Folkz from DanceWorks have also noted that ‘following Absences created for Dancemakers in 2006, Bennathan explores the elegance of the inner dancer with an approach that is subtle, poetic, and ferocious’.

Well, I was completely attached to that fact that he did a dance piece inspired by manga with two dancers, known as new art forces at the Canadian dance scene, Susie Burpee and Linnea Swan.

Unfortunately, despite the fact that the new era of digital YouTube-ism gave us many opportunities for watching films and excerpts from dance pieces online and for free, I couldn’t find anything about Manga dance piece in digital spheres. I’ve found only a video from a very interesting project, more precisely an improvised performance which was choreographed and performed by Susie Burpee with ‘Geo’s Fast Trip’ (Geordie Haley, Ronda Rindone & Joe Sorbara) as a part of the Leftover Daylight Series in Toronto in the summer of 2006.

However, you can find at the Dance Current Magazine’s web pages a complete online analysis of the performance by Megan Andrew a dance artist and writer and Kaija Pepper a dance researcher.

‘Through exaggerated motions, a comic strip comes to life on the stage…. Grey doll girls in their plain tunics, (Susie Burpee and Linnea Swan) they explode into action out of nowhere, larger than life in their thrusting and throwing. Bertrand Chenier’s score provides heroic exclamation points with lots of white space between…. firecracker movers, both of them.’, said the journalist of the Vancouver Sun Newspapers in November 2007.

Well, since I haven’t saw anything of it either online or in the theatre, the only thing I can do now is to grab some of my mangas from the bookcase and listen to some improvised music from Japan… hoping that my characters will start to perform at some point…